About 10:30pm, on my way through the kitchen, I observed the remains of the bird still on the counter. Disclaimer: not my night to take care of dinner. On the stove, I also noticed the unused stock pot full of water, prepared to boil pasta, which had not occurred. 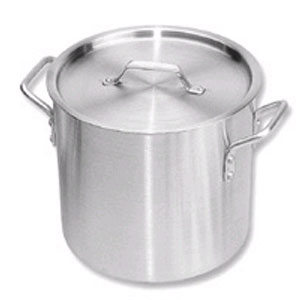 Leftover chicken. Large pot of water. Yep. You guessed it. I rushed to my computer and Googled, as anyone might, "rotisserie chicken stock recipe." Of course! I'd often wanted to try my hand at making stock from scratch -- well, almost scratch.

Please understand, I am a foodie, an eater of whole foods when possible, prefer home cooked to processed, and I love to collect recipes. Collect them. And randomly occasionally actually try new recipes. Or repeat old ones, even less frequently. I explore the process of cooking, not interested with perfection, just fun and flavor. With two adults and no kids in our home, cooking nightly meals is not an expected, though always met with gratitude, task in my day. I am not a good cook. I am a good enough cook. Simple steps and few ingredients. That's me. All that to say, I got a bit ambitious at this very moment. The lie, "How hard can it be?" plagued me. I succumbed instantly and jumped into the project.

So I found a recipe online and naively decided at 10:30pm to try to make homemade chicken stock. Amazed that an onion, celery, carrots, and a bay leaf were all in the kitchen somewhere at the same time, a miracle in itself, I began the process.

I submerged the chicken in the stock pot of cold water. I added a brown onion cut in large chunks, skin on, for the recipe said it would add a nice color. I did rinse the onion first. I added two carrots chopped in big chunks, not peeled per the recipe. I rough chopped two stalks of celery. I tossed in a bay leaf, and minced a couple garlic cloves and tossed them in, even though they were not mentioned in the recipe. I turned on the heat and watched the pot come to a rolling bubbly boil. A watched pot does boil, in case anyone asks.


A comforting aroma began to flood the kitchen. I reduced the heat to low and set my timer for 90-minutes to reduce the liquid to about one quart, per the directions. By now it was getting later, naturally, and I was running out of ambition, naturally.

I stayed up as late as I could, losing interest in the stock as the clock approached midnight. I read, played Solitaire, showered, did whatever I could think of to stay awake as I babysat the stock. Yawn.

A side note - the house began to smell wonderful. Like Thanksgiving. Or Sunday-after-church meals of days gone by. Always a good thing. My husband and dog had been asleep for an hour, and I envied them.

Seventy-minutes later, I gave up, turned off the burner and started the cooling process, deciding to just let it cool down overnight. It was a cool night in the house after all so that seemed safe enough.

Morning came. The house still smelled like a feast had happened. The broth had cooled. It looked great. Now what?

I removed the chicken and threw it away. I then poured the liquid and chunks of vegetables through a colander and splashed the counter, myself, and watched it run onto the floor by way of the below counter cupboards while I held the colander. Remember, this was a work day morning -- never a leisurely time. I was in over my head.

I poured the strained liquid, resembling a urine sample -- that made me laugh, into small resealable plastic bags in one-cup portions. I know -- the dangers of plastic and freezing it -- I've read the articles. This was my best option. I lined up the bags in a baking pan, and placed the pan in the freezer for the first freeze. Once those get firm, I'll bag them in a big resealable bag labeled "Chicken Stock 4-15-13." Then I cleaned up the kitchen from stock splash. And it was good. And I rested.

Note to self - If I had it to do over again, here's what I'd do differently:

Have you made chicken stock at home? Any tips or tales to tell? Please share.

Cindi Pete'
Cindi, a writer, educator, and advocate, has told stories in spoken and written word, through photos, and in the classroom since she was a child. With over 20 years experience in the public, private, and home education settings, and a business background in publicity, she currently serves as an administrator and visiting teacher in a local non-site based charter school. Cindi shares the adventures of life with her husband, a fab yellow lab, and loved ones. They have friends living on the second floor of their home. Her heart beats for social justice, focused on educational equity, compassionate immigration reform. She is a SoCal resident, Ohio native, granddaughter of a Dutch immigrant, daughter of Dick and Jane, and middle child yet oldest. It was nothing short of a miracle that she completed degrees at Wheaton, Purdue, and Pepperdine. She is a community volunteer through her local church and World Relief.